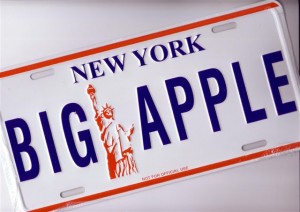 Libby was a teacher for many years in NYC, and I asked her to recommend some beloved authors from her experiences to further extend our Ezra Jack Keats study this month. We will carry these authors over in February as well, but thought you may want to check them out too.

Mo Willems (Knuffle Bunny takes place in Brooklyn, but I think he may now live in MA.) You guys have already done an author study on him, but always worth checking out. *Cortland students love Leonardo the Terrible Monster, Naked Mole Rat Gets Dressed, anything Elephant and Piggie, and of course, the PIGEON! A shared pigeon book will be in our take-home special collection soon, photos courtesy of the Drost family, story courtesy of our 3-day class!

Photos of Jack in this book were taken in Brooklyn. Jack is her nephew. He attended my school in Brooklyn.

Miriam Cohen (lives in Brooklyn – stories about Jim are her better ones, in my opinion)

Thanks, Libby! I’m sure there’s a bookworm and Big Apple joke to be found somewhere, but for now, I cannot wait to familiarize myself with some new urban authors.

seedLinG! ...the stoRe
Skip to toolbar